The Brooklyn Tech community was largely unaware that a former student played in Super Bowl III with the New York Jets.  That is until one day in December, when we received a letter from the NFL informing us that a golden football, commemorating that student’s involvement, was on its way to the school. 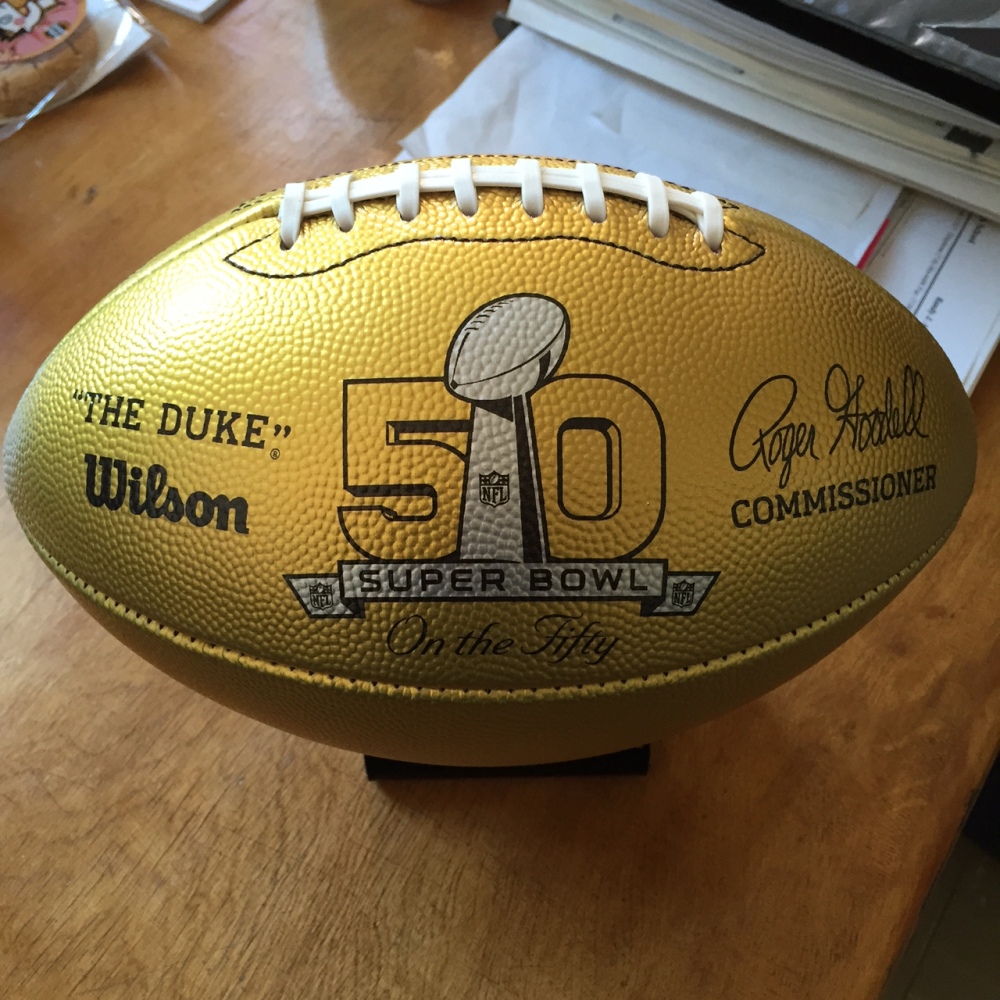 Michael D’Amato, Brooklyn Tech class of 1964, did not play football or lacrosse until he became a student at Hofstra University.  Mike was an outstanding lacrosse player.  As an Attackman, he had 34 goals and 18 assists as a senior, and was named All-American.  As a football player at Hofstra, Mike was an outstanding defensive back, punt returner and kick returner.  He was drafted in the 10th round of the NFL draft (pick 264) by the Jets in 1968. According to James Metzger, also a former lacrosse All-American at Hofstra, D’Amato is “the only person to have been both a lacrosse All-American and a member of a Super Bowl winning team.” A two-time co-captain, Hofstra Head Football Coach Howie Myers called him “the finest defensive back he has ever coached.”

Michael currently serves as a special assistant to the President of Hofstra University and was inducted into the Hofstra Hall of Fame in 2011.  The Golden Football, recognizing Brooklyn Tech and Michael D’Amato’s contribution to 50 years of the Super Bowl, will be on display in the case across from the Principal’s office. 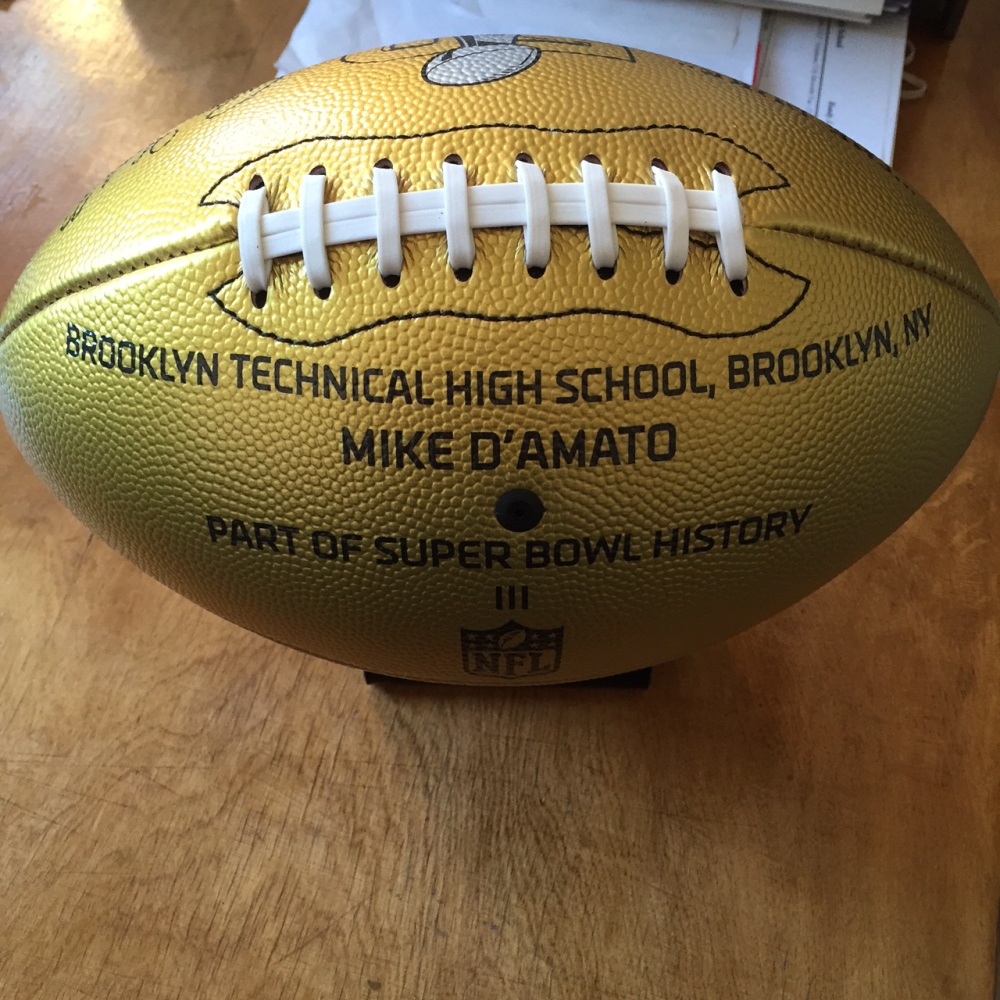