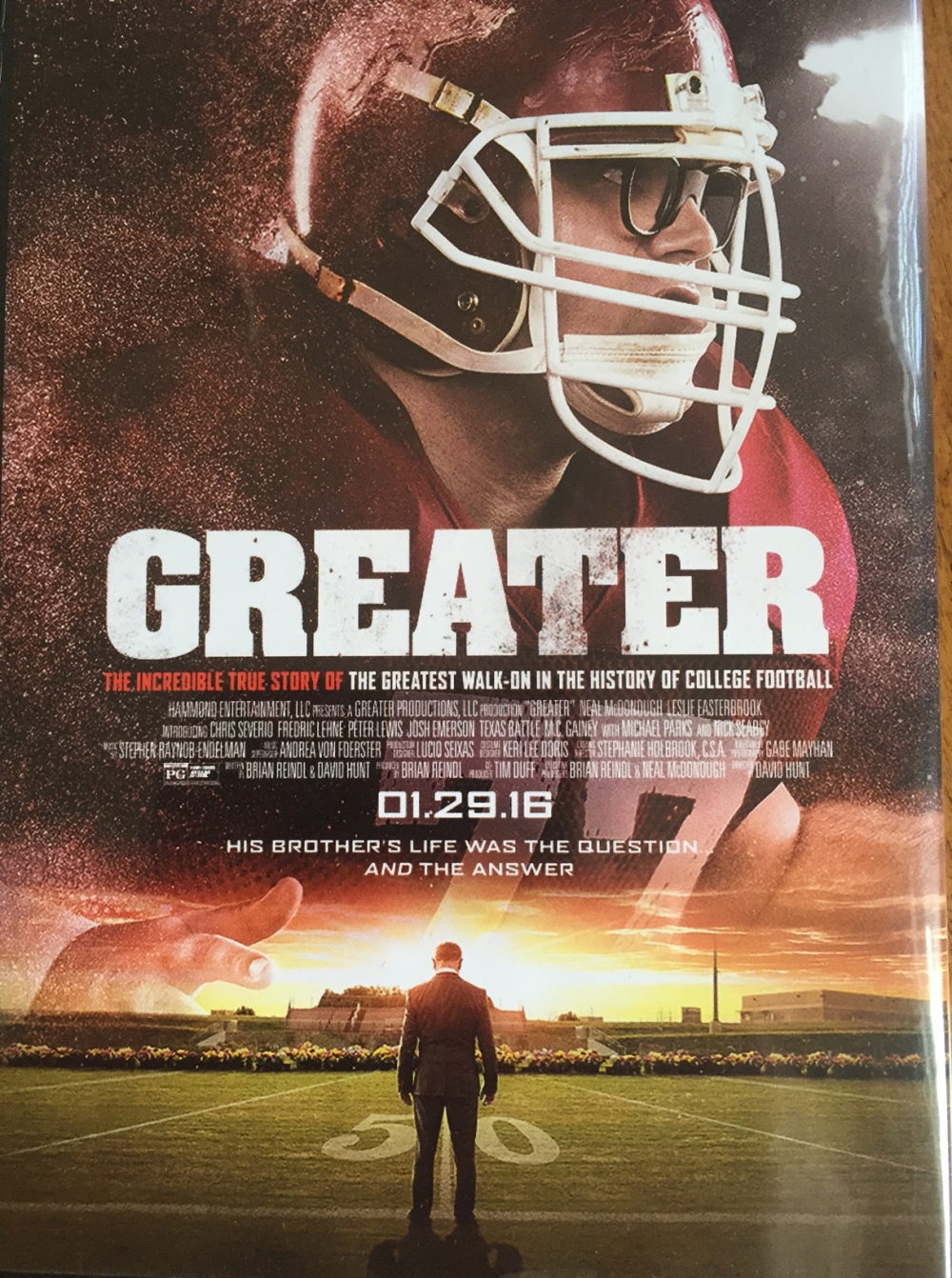 Recently named 2016 Captain Peter Henderson was informed earlier this month that he is one of several winners of a national honor called the Burlsworth Character Award and will have his name included in the credits of the movie “Greater”, the story of Brandon Burlsworth.

In addition to the movie and foundation in his name, the Brandon Burlsworth Trophy is given out to a college football player each year.  Brandon’s biography, featured on the Trophy website, speaks about his life.

When Brandon Burlsworth arrived on campus in 1994, he had no money, no famous last name, and absolutely no Division 1 scholarship offers.  Through his unbelievable work ethic and ceaseless determination, Brandon not only earned a scholarship, but became team captain, All-SEC 1997-1998, First Team All-SEC 1998, Football News First Team All-American in 1998, and the first All-American from the University of Arkansas in a decade.

His success was not limited to the gridiron.  He was also named to the All-SEC Academic Honor Roll every year from 1995-1998, and was the first football player in the entire history of his university to earn a Masters degree “before” playing his last game.

Brandon was selected by the Indianapolis Colts as the 63rd overall pick in the 1999 NFL draft.  After minicamp, he was projected by his coaches to start as a rookie.  Unfortunately, Brandon was tragically killed in a head-on automobile collision just 11 days after the draft.

Today, The University of Arkansas has created an endowment in Brandon’s name.  They award eighteen $5,000 academic scholarships, and one $10,000 Walk-0n athletic scholarship each year.  The Brandon Burlsworth Foundation is engaged in various charitable endeavors including the provision of free eye-care to thousands of underprivileged children.

In 2010 The Burlsworth Trophy was created to honor the achievements and successes of the Walk-On athlete. It is presented annually to the Most Outstanding player who began his career as a Walk-On.

Peter Henderson has started on the Brooklyn Tech Varsity football team since his sophomore year.  As he works towards his senior season, his stellar grade point average and work in the community will make him hard to miss as a college football recruit.  Peter’s name appears at the end of the film “Greater” and should be available on demand later this year.